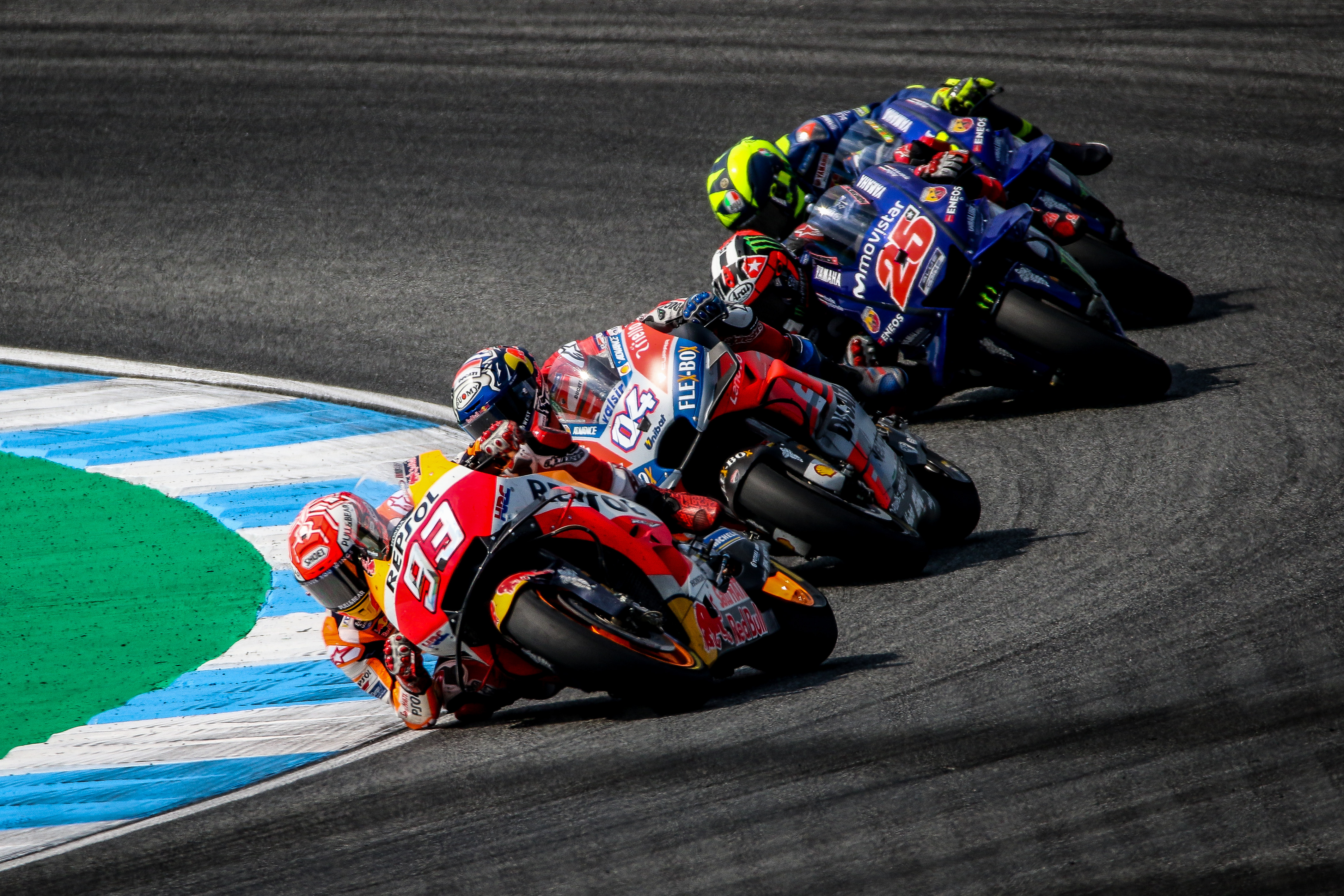 Another nerve-jangling showdown between Andrea Dovisioso and Marc Marquez was clinched at Chang International’s notorious last corner on the last lap. The deciding move is one that will have everyone who has ever turned a wheel with intent at the Buriram circuit playing and replaying to figure out how the 25-year-old two-wheeled wizard actually pulled it off to take his seventh win of the season. 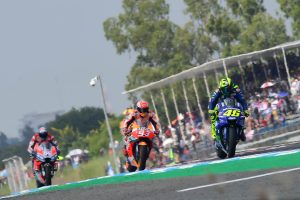 During the preceding 25 laps, the packed grandstands were treated to close-fought battles up and down the order, as less than four seconds separated the top 10 for most of the race. Marquez took the early lead, before being pushed back to third by Valentino Rossi and Dovisioso, as LCR Castrol Honda’s Cal Crutchlow battled to stay in contention. A mistake by the nine-times world champion on lap 11 let Dovisioso and through at Turn 3 and effectively ended his challenge for victory.

As the race moved into the second half Marquez kept the pressure on the Ducati rider, showing a wheel or overtaking, before Dovisioso snatched back the lead. Behind them, Crutchlow fell back as Maverick Vinales made his presence felt with one of his  familiar late charges and Suzuki’s Alex Rins and Tech 3’s Zarco also got through. Vinales dispatched his team-mate shortly afterwards to move into the final podium slot on lap 20. 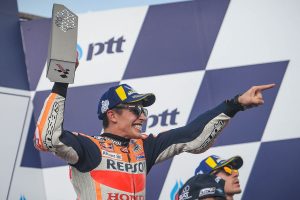 Marquez took the lead at the start of the last lap and looked like making the win his own. Dovisioso, though, was not finished and outbraked the Honda into the final turn. Just as he looked to have secured the best line, Marquez somehow swivelled his bike inside of Dovisioso’s and out-dragged him on the short run to the finish line. It was a piece of trickery that left everyone who saw it open-mouthed. Maverick Vinales was close, but not close enough, to influence the outcome, finishing 0.27 seconds . Rossi took a safe fourth place from Zarco, who finished three seconds in front of Alex Rins. There was a similar gap back to Crutchlow, who beat off a challenge for seventh from Alvaro Bautista, while Alma Pramac Ducati pairing, Danilo Petrucci and Jack Miller, completed the top 10.

Malaysia’s Hafizh Syahrin was the best of the rookies. He finished 12th, two places clear of Franco Morbidelli, while Takaaki Nakagami had an early crash, to take himself out of the running.

Marquez leaves Thailand with 271 world championship points, 77 clear of Andrea Dovisioso on 194, while Rossi holds onto third with 172.

The next round of the MotoGP world championship will be at Japan’s historic Twin Ring Motegi Circuit on 21st October. 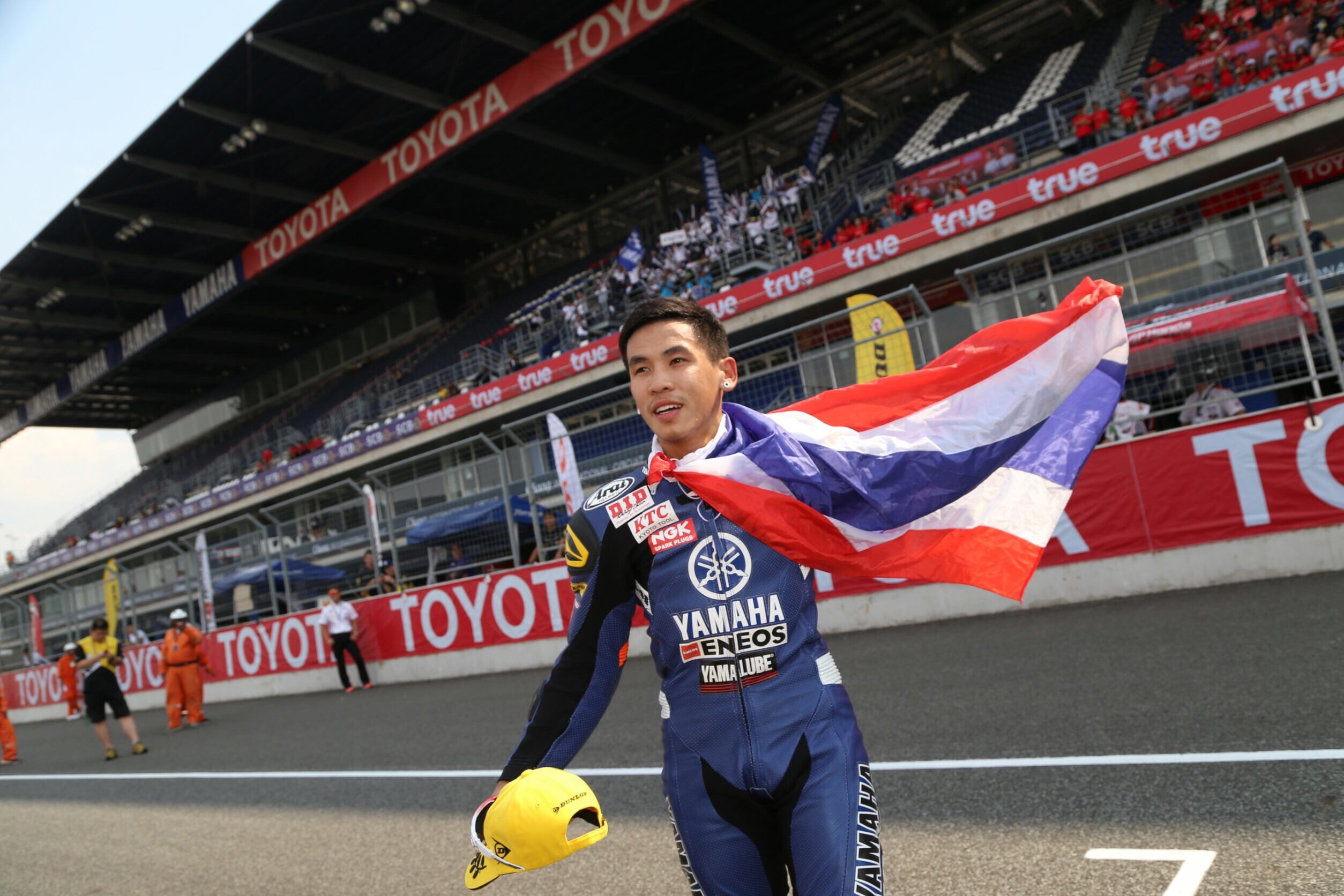 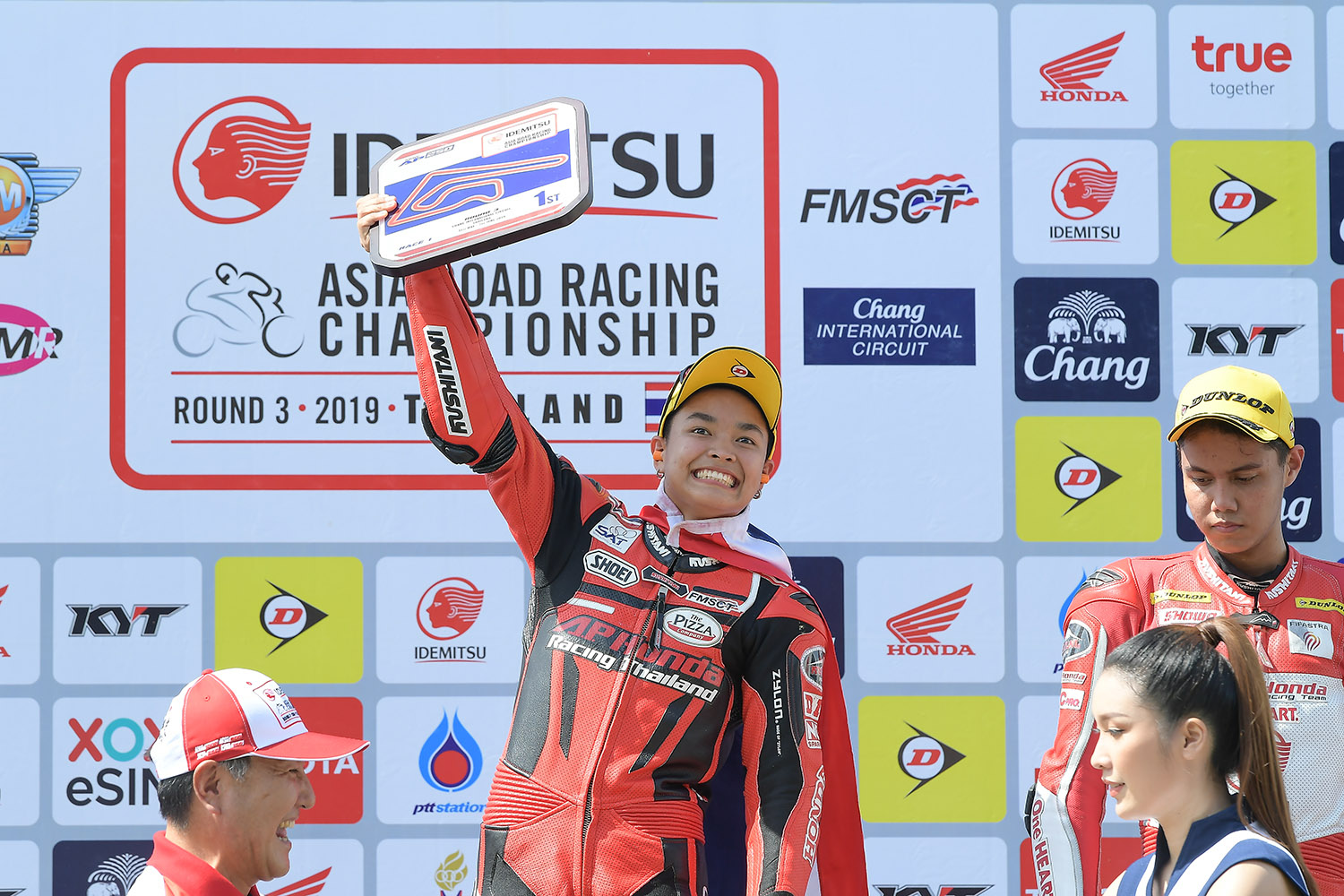