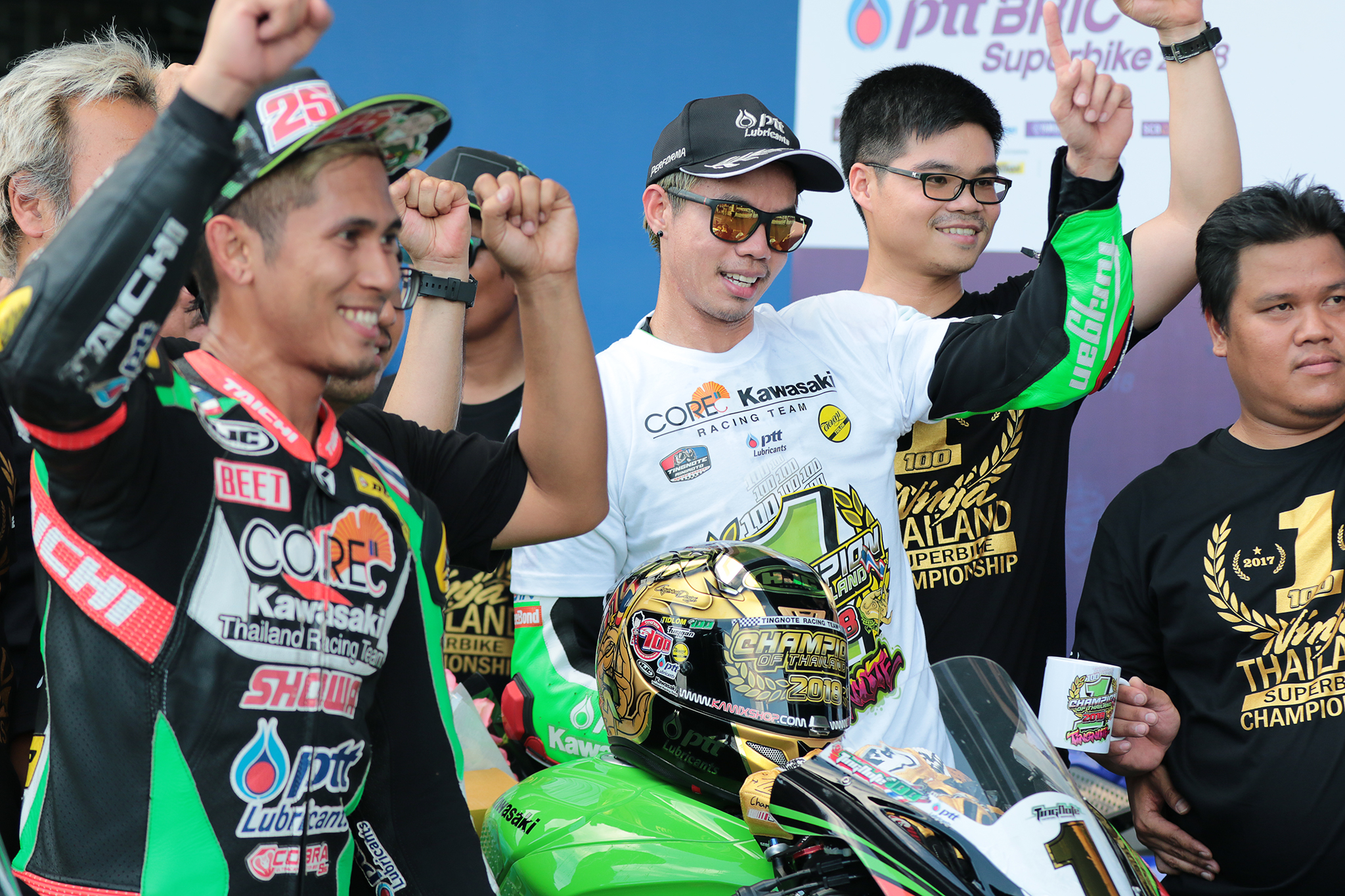 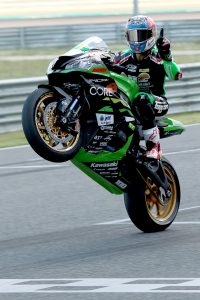 Thitipong Warakorn sealed a second successive BRIC Superbike SB-1 title for Core Kawasaki Thailand at Chang International Circuit on Sunday, bringing the curtain down on a season in which the former Moto2 star increased his dominance of the class.

2015 champion, Anucha Nakcharoaensri, had no answer to Thitipong, who this time took pole position by 0.725 of a second. Once again the Yamaha Riders’ Club man chased from the start, but could only watch as the Dunlop-shod Kawasaki cleared off and built a lead lap-by-lap to win by a comfortable margin of 5.165 seconds at the end of the 12-lap race. Thitipong’s team mate, Chaiwichit Nisakul, finished a further three seconds behind Anucha to claim another third place, almost seven seconds clear of Round 2 winner, Jakkrit Swangsawat for Yamaha Powerspeed. Or Pitabhutra was fifth, narrowly beating SB-1 rookie champion, Chitpong Ruenkaew for UTR Dr Bike Racing Team. Natthapong Wongwutiyan was the seventh and final finisher in the professional class.

Thitipong’s championship win comes with wild card entries in the 2019 World Superbike Round in Buriram and in the Asia Road Racing Championship (ARRC), which brings in its much awaited litre bike class at the start of next season. 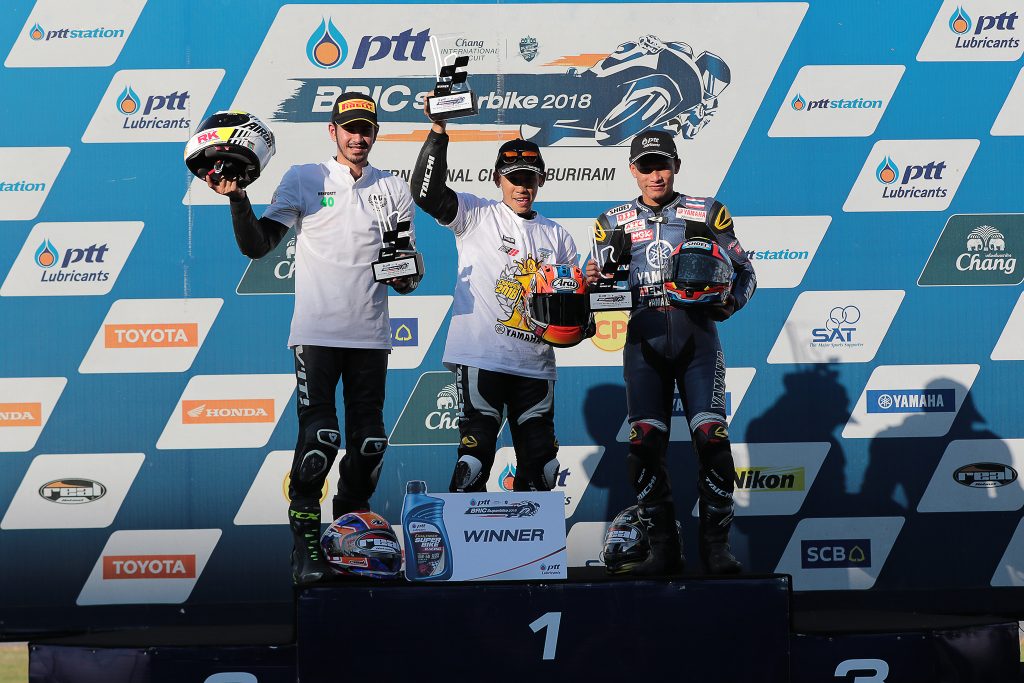 The other classes in the series were dominated by Yamaha. Superstock ST-1 saw Yamaha Powerspeed’s Anuparb Sarmoon in a class of his own, winning every race by big margins over his rivals. On this occasion it was the ever-impressive privateer, Benjamin Fortt who kept the champion honest, staying within six seconds as he fought off a determined challenge by Yamaha Devil Eagle’s Prawat Yanwut for second position. The rest of the field was led home by Chanon Chumjai, some 18 seconds further back.

The final Supersport SS-1 contest of the season was won by class rookie, Kanatat Jaiman, who took his maiden win after Yamaha KYB’s Peerapong Boonlert wasted a ten second advantage at the finish line by being disqualified for racing on unmarked tyres. Why an experienced team sent their man out on unmarked tyres was equally as mysterious as why marshals at pit-exit failed to notice the infringement. TS Superbike’s Ratchada Nakcharoensri was also disqualified from fourth place on the road for being underweight. As the results were adjusted, Sittiporn Srimoontri was promoted to third, 19 seconds behind Thai Honda Racing Club’s Sittisak Aonchaweang. 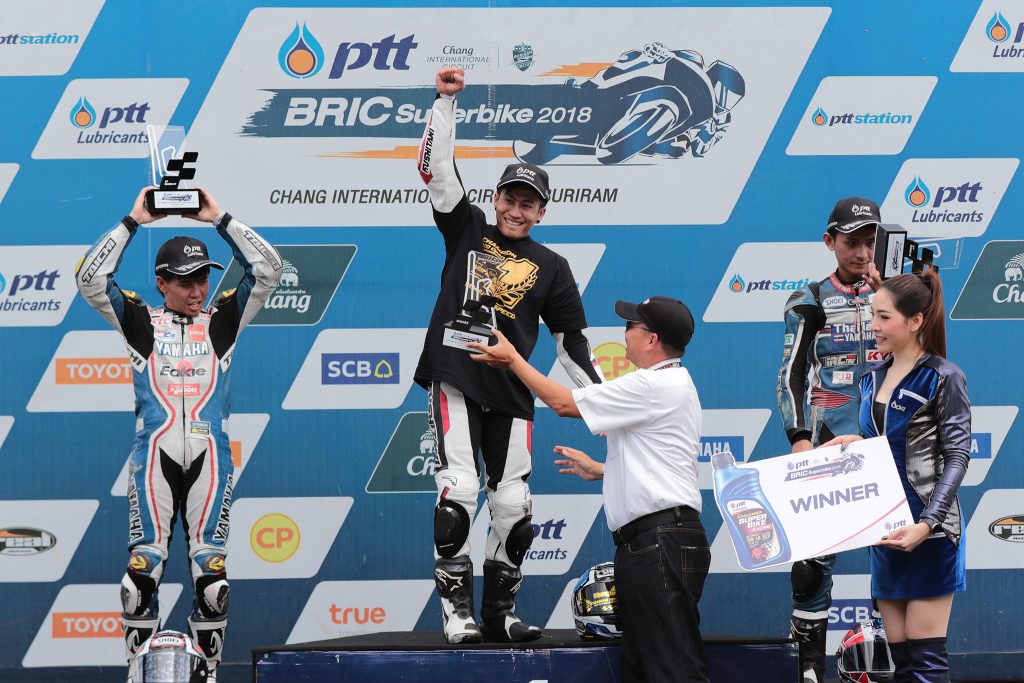 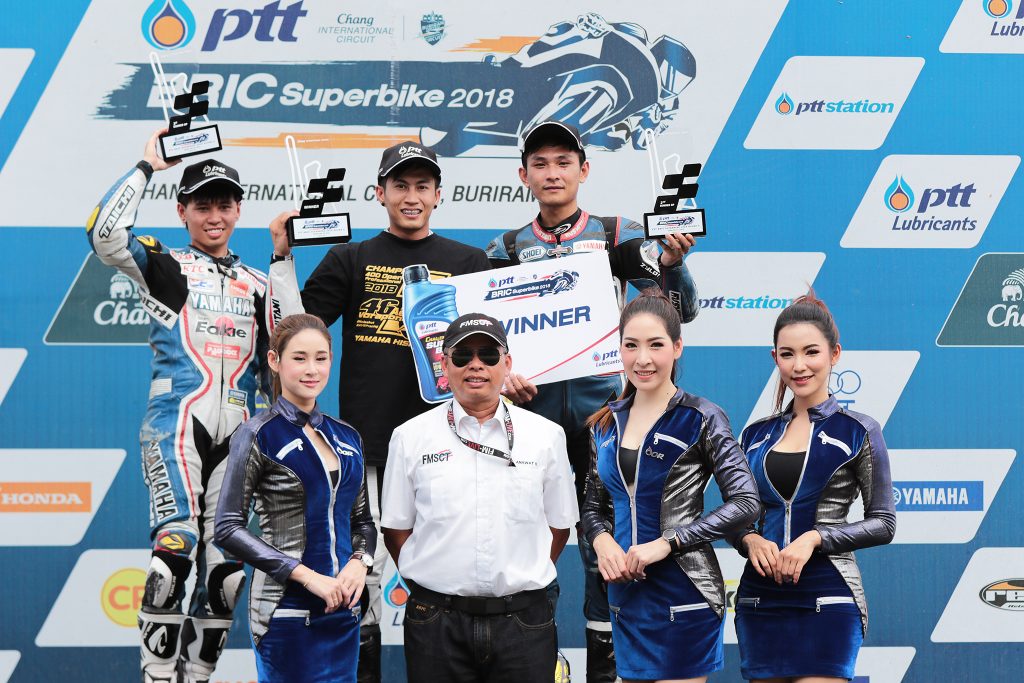 Yamaha Hispeed’s Vorapong Malahuan sealed the Open 400cc Division 1 title with a win over his season-long challengers, Peerapong Luisboonpeng and Ratthapong Boonlert. Vorapong’s 15-year-old team mate, Jack Hyde, was fourth from Aekkarak Tesang and Jirayu Saiyon, who was the best of the Kawasaki-mounted finishers in sixth. Mahanrop Suruna was seventh from another 15-year-old, Stewart Johnson, on the BRP Amsoil Ninja 400. It was an especially impressive ride by Johnson, whose team prepare their bikes in line with Supersport 300 rules, which means the Buriram youngster runs with a standard engine, wheels and swingarm and no quickshifter in a class dominated by some extremely trick machinery. 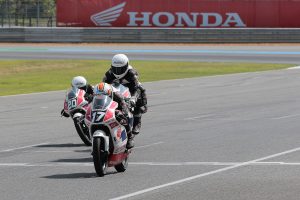 The Honda Thailand Talent Cup again provided the closest racing of the weekend and again featured Indonesians, Herjun Atna Ardaus, Hildan Kusuma and Abdul Gofar. This time they were joined by Troy Alberto from the Philippines, Cao Vietnam, from Vietnam and India’s Rajiv Sethu and Senthil Kumar. 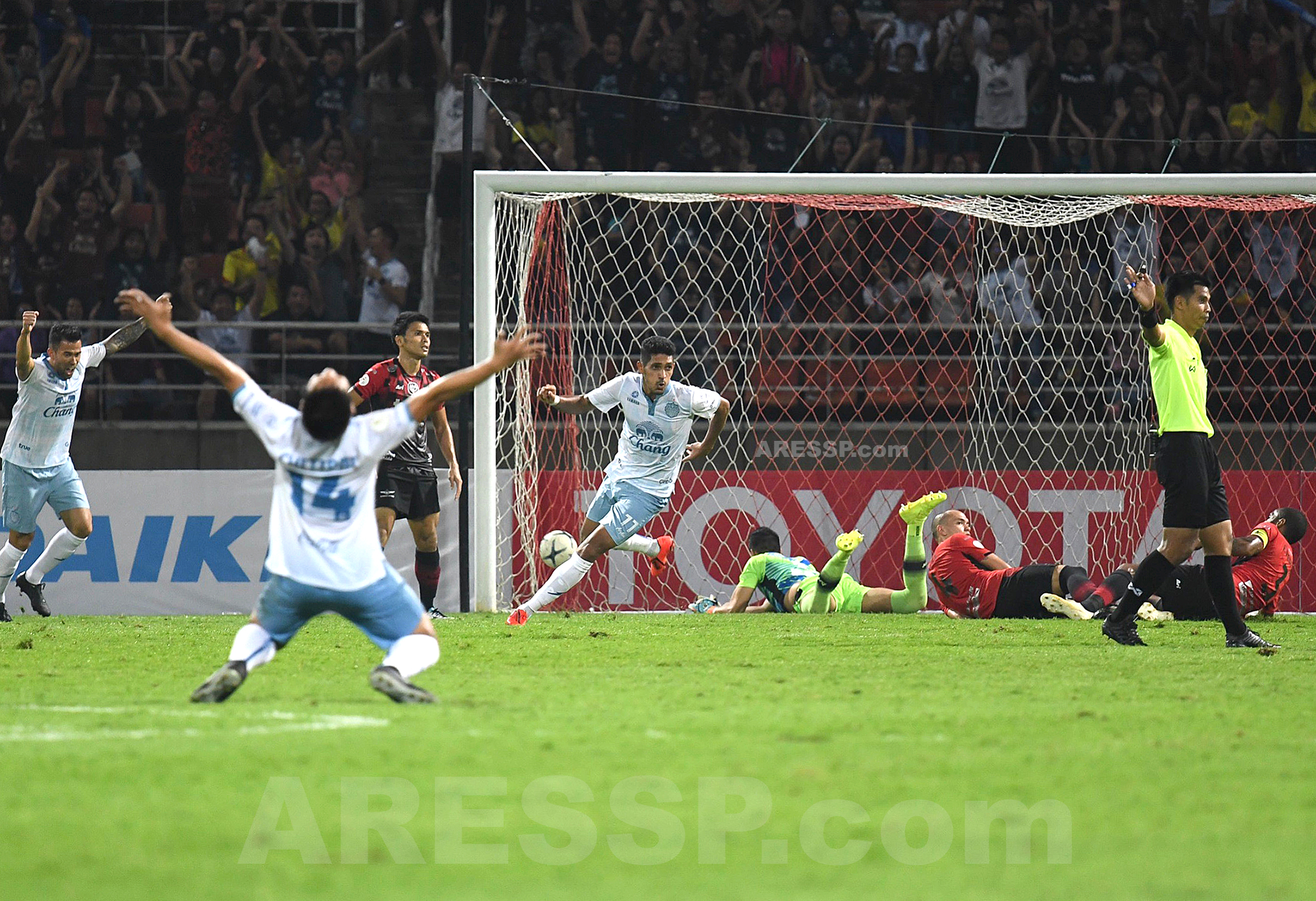 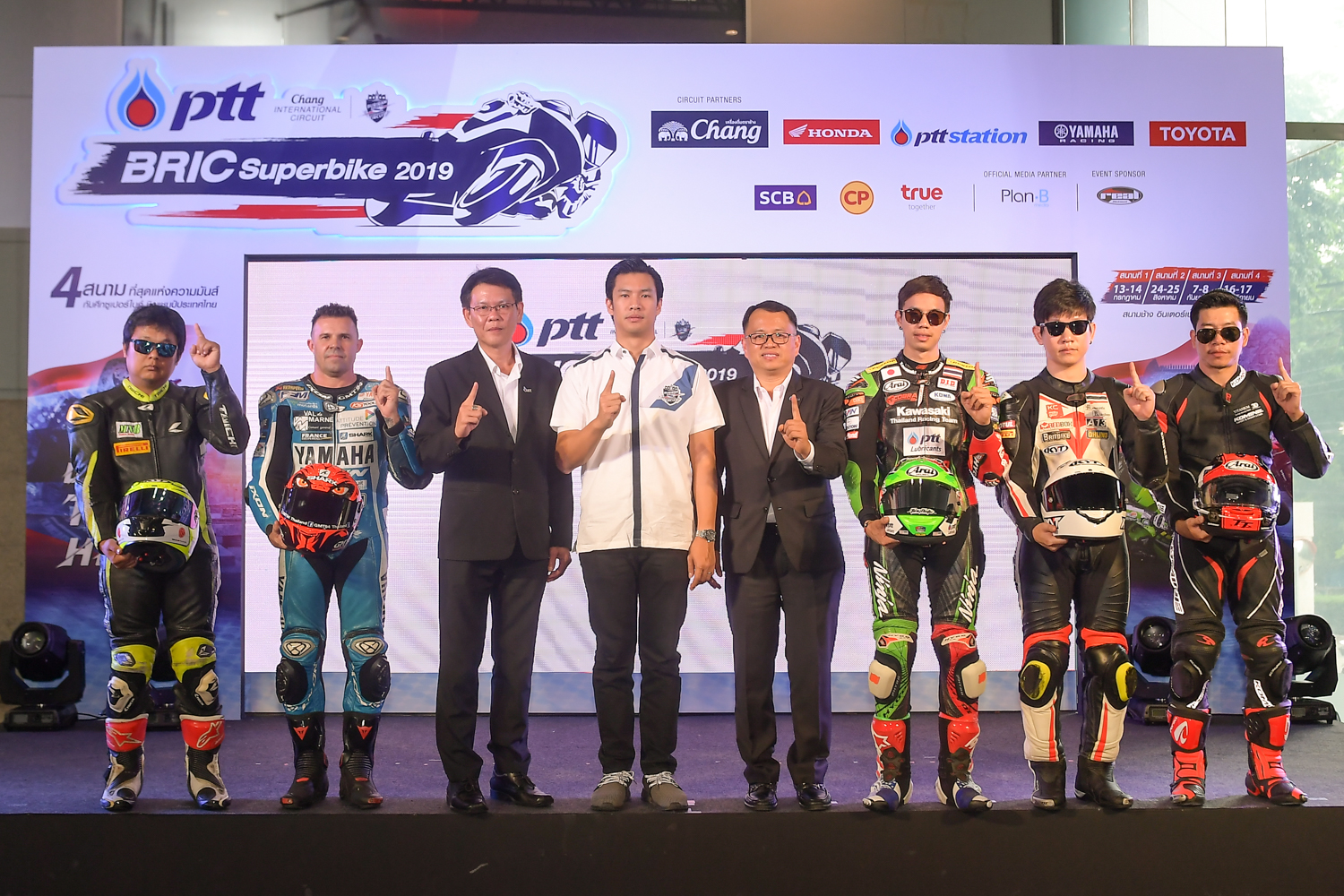