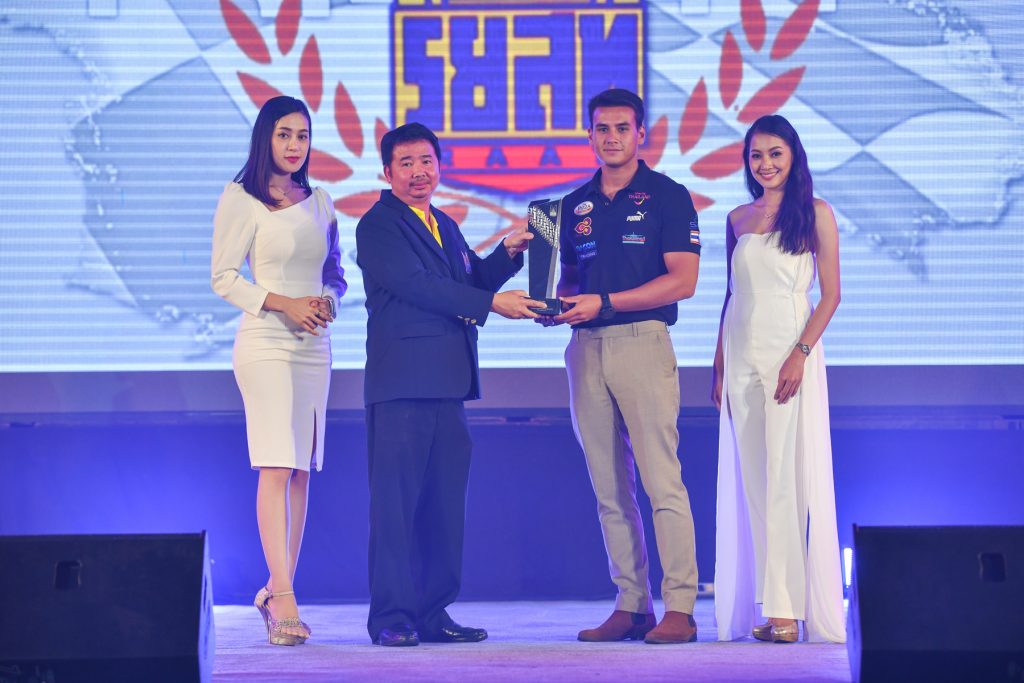 The Royal Automobile Association of Thailand Under Royal Patronage has received royal grace from King Maha Vajiralongkorn Bodindradebayavarangkun (Rama X) to support the motorsports activities and to boost morale for Thai racers. As such, the RAAT organized the champion’s celebration event “RAAT Night of Champion 2018” to present the royal awards to Thai drivers.

Sandy Kraokaew Stuvik, one of the Thai drivers, was rewarded the Thai Inter trophy category, which is an award given to Thai racers who compete abroad and build Thailand’s reputation, by Dr. Somporn Suebtawilkul, President of RAAT at the Grand Fourwings Hotel, Bangkok Bangkok on May 22, 2019. 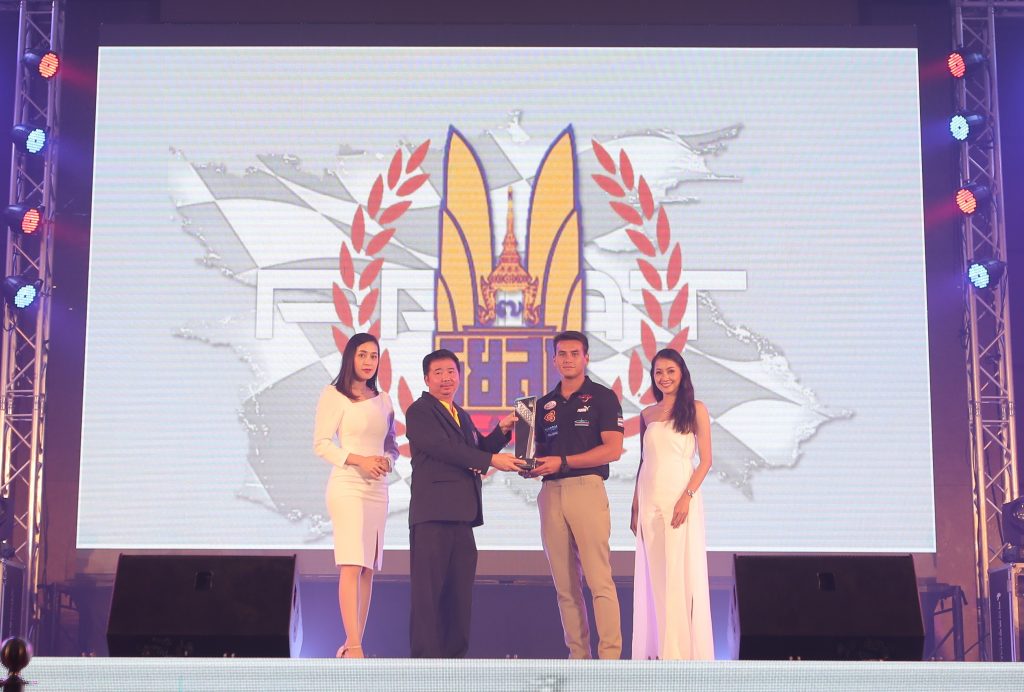 Sandy says, “I felt honored to receive this award and I feel more encouraged than ever to compete in the next race and to continue to build the reputation for Thailand, and to promote my sponsors as long as possible in my racing career. The support of the Royal Automobile Association of Thailand has been vital in allowing me to further my racing career all over the world”.