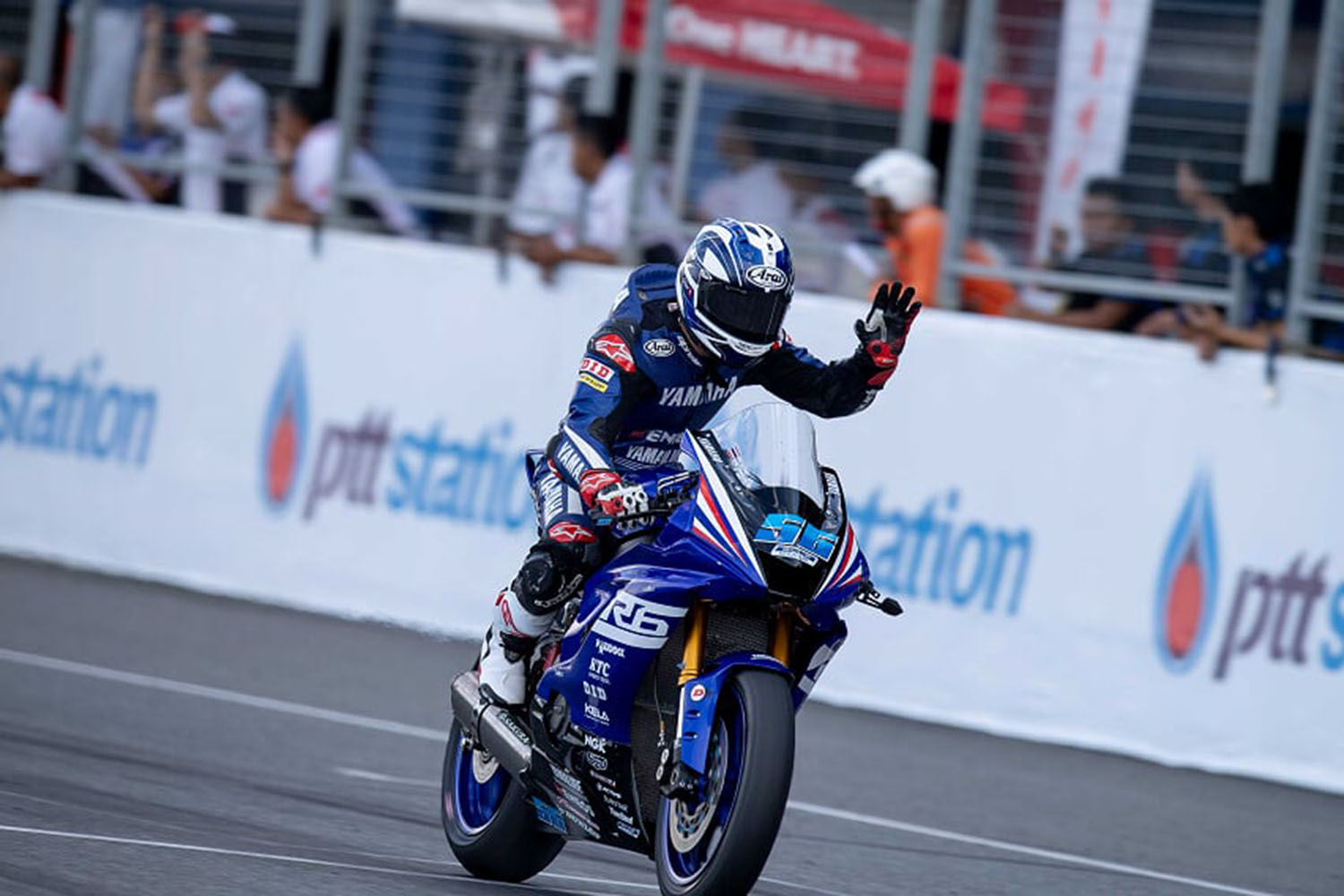 Tension was palpable at Chang International Circuit on day two of the Asia Road Racing Championship’s sixth and final round. Nowhere was there more anticipation than in the premier Supersport 600 class, where championship leader, Anthony West, sidelined by a provisional doping ban, began the day with a 34 point advantage over 2017 champion, Azlan Shah Kamaruzaman. That meant that the Malaysian needed two second places to overhaul the champion.

END_OF_DOCUMENT_TOKEN_TO_BE_REPLACED

Thitipong Warakorn sealed a second successive BRIC Superbike SB-1 title for Core Kawasaki Thailand at Chang International Circuit on Sunday, bringing the curtain down on a season in which the former Moto2 star increased his dominance of the class.